The Mission Terminal is the centerpiece of the Mourningstar hub. Here, players share the space with others, and access a variety of missions. We want all players to find a few missions at any point in time that are relevant to their character’s competency. Missions get dynamically populated on the Terminal according to either predetermined narrative or emergent events that happen inside the world.

We’ve learned a lot from our work on the Vermintide series, as well as from looking at similar titles. With that knowledge, we built something suited to the W40K universe while making the system a bit more dynamic than what you’re used to when coming from our -Tide games.
Inspired by the analog nature of the technology layer present in Warhammer 40,000, the Terminal emulates the space cop fantasy where the world is alive, and the Mission Terminal is ever-so-changing, reflecting the perils and urgency of its contents.

In terms of presentation, we chose to go more diegetic: Fewer floating menus and more of an in-world setup where everything “lives” on the Mission Terminal. This makes the whole experience feel better grounded into the universe and more distinct and easy to understand for players (some early feedback helped us steer the ship right in the sweet spot between clarity and immersion). Missions are displayed in different ways:

An expanded panel is also present when you select any particular small or medium mission panel, where users get all the information they need to embark on said mission.

Furthermore, as you prove yourself to The Inquisition, the more trusted you become on the Mourningstar. This progress follows through in the Mission Terminal, unlocking higher difficulties, and better rewards following that trend. However, with the co-op nature of the game, it was essential for us to allow the possibility to play missions together, even if players are way apart in progression.

As for missions of critical timing, these get highlighted in the middle of the Mission Terminal. These urgent encounters have better rewards and higher intensity in combat, so in true grim-dark fashion, you might not survive :).

You will first be introduced to the Mission Terminal, during the prologue once you have completed basic training. When the Mission Terminal is accessible, players can team up and start a mission. The first player that selects a mission initiates a vote for the other Strike Team members in their team, with the possibility of any player in the Strike Team being able to start voting on a mission.

Missions send you and your Strike Team deep into the Tertium Hive. A mission follows this structure:

Given all the specs that missions can have, this makes the world transcribe its dangerous and chaotic nature while allowing us to expand on it more easily in the future.

Thanks for reading and see you in the Mourningstar! 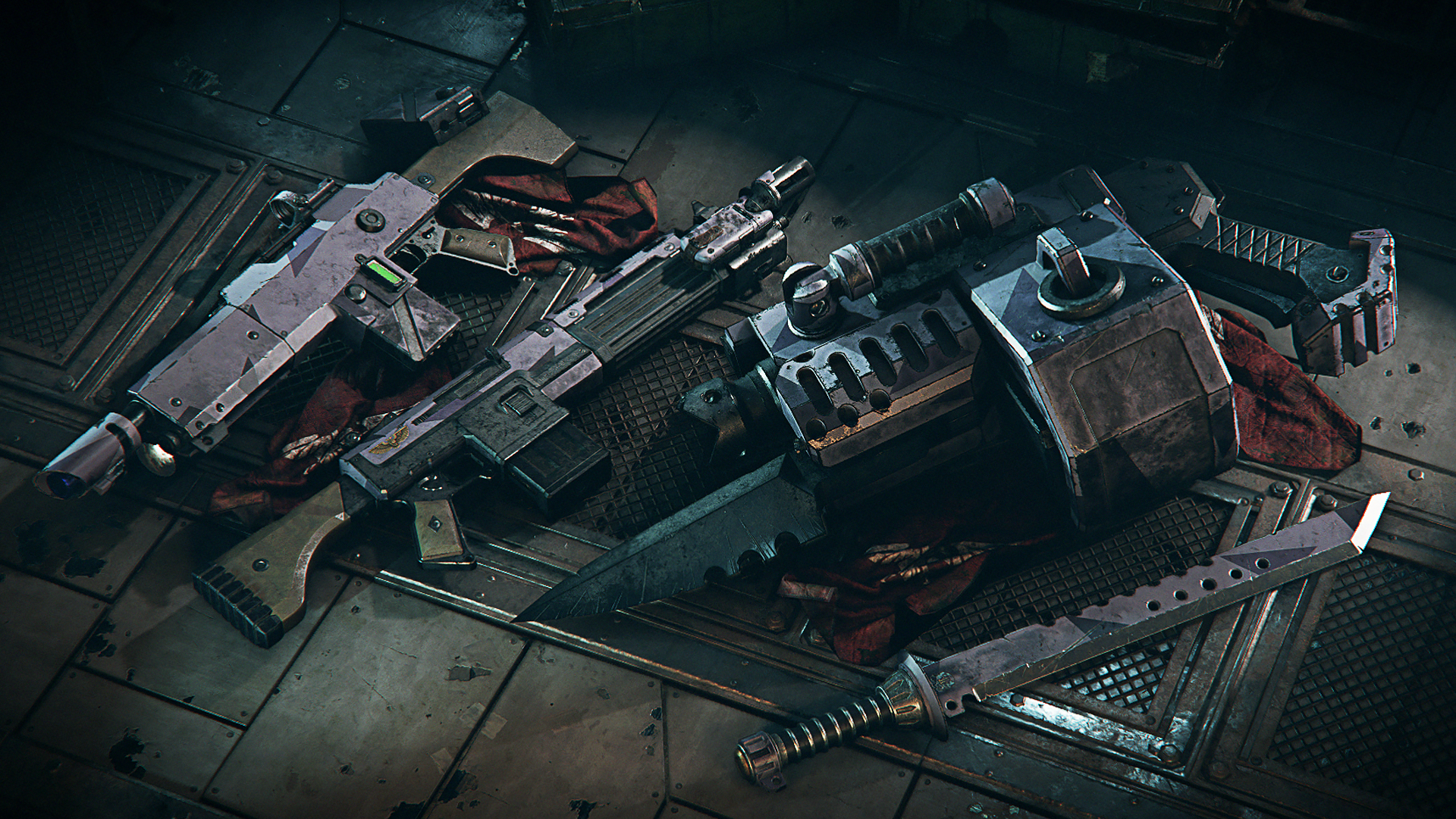