Last week, we talked about the Zealot: Preacher class. This time we’re shifting gears to an anticipated fan favorite: The Veteran: Sharpshooter class - inspired by the soldiers of the Astra Militarum – perhaps better known as the Imperial Guard.
This blog marks the halfway point for our class spotlights, exploring each of the 4 classes that will be available at launch.

“Just another day in the Imperial Guard. Official name’s the Astra Militarum, but you know what? I can’t even fragging spell that one on the regular, and my mother - Throne rest her foul-mouthed soul - told me never to use words that I couldn’t paint in the blood of my enemies. It’s good manners, ain’t it? Thing is, I’m not even part of the Guard any longer, not since that business with the commissar, the court-martial, and the holding cell. Now I’m part of Inquisitor Grendyl’s merry band of maniacs, for better or worse. Still figuring out what that means, exactly, but most of it seems to be putting the boot in on the Emperor’s enemies and not getting summarily executed for meeting the wrong stare funny, so I guess I’m better off. At least, so long as the ammo and grub don’t run out.”

The battle-hardened soldiers of the Astra Militarum are the foremost defenders of the Imperium. They are the Hammer of the Emperor, an unstoppable mass of bodies and war machines that overwhelm the enemy with combat discipline, tenacity … and most of all, sheer weight of numbers. Life in the Imperial Guard is lived in trenches, behind bastion walls, and in the teeth of a bayonet charge. Only the very best - or luckiest - of their number survive long enough to become Veterans.

More than anything else, Veterans are survivors. Some persevere through discipline and strict adherence to the regs. Others beg the Emperor of Mankind to see them safely through their battles. Yet more are just plain lucky. But most live on their wits and comradeship. Service in the Imperial Guard teaches you to trust the soldier standing next to you, and a Veteran - more than any - understands the benefits of teamwork.

Though they won’t always admit it, Veterans are happiest in battle, where “kill or be killed” is the only rule. They’ll stand the line with anyone who can point a gun in the right direction … though, of course, given a choice, they’d prefer to work with others of their kind. Failing that, most Veterans love fighting alongside Ogryns, who often have enough military training to grasp the idea of following orders and are invariably keen to prove themselves. Zealots are mostly welcome, though a true Veteran often becomes irritated by these holy “warriors” pretensions to martial ability.

And Psykers? Well, you can trust them for a while, but you never know when one’s going to turn…

Sharpshooters epitomize the Astra Militarum’s combat doctrine: overwhelming firepower honed through training and delivered unflinchingly in the heat of battle.

The Sharpshooter specializes in ranged combat drills, keeping the foe at a distance while bringing firepower to bear against high-priority targets. Though they can spray and pray with the best of them, the Sharpshooters are at their most dangerous when they take the time to place their shots where the enemy is vulnerable. Breathe in. Breathe out. Blow them away.

Drawing from extensive military experience, Veterans fight tirelessly to defend the Imperium from any heretical foes that may threaten it. The Sharpshooter, in particular, has trained long and hard in ranged combat, drawing preference for longer-range weapons such as the lasgun or autogun.

Upon activating their ability, their movement is slowed in a trade for increased weak spot damage, accuracy, and handling. It also sharpens the senses of the Veteran, helping them identify non-ogryn elites and special enemies in a crowd or from afar.

Their Frag Grenade is all about area of effect; it is a heavy impact explosive that is used to establish control in dire situations - tearing through hordes of clumped-up foes, and disrupting dug-in enemy positions. It has a fuse timer and those that master the Frag Grenade with tactical placement and proper timing will be well-rewarded when a huge horde of heretics is turned into a bloody pulp in an instant.

The Sharpshooter class may be a good fit for those previously unfamiliar with the Tides-franchise, as it leans heavily into the standard shooter trope. 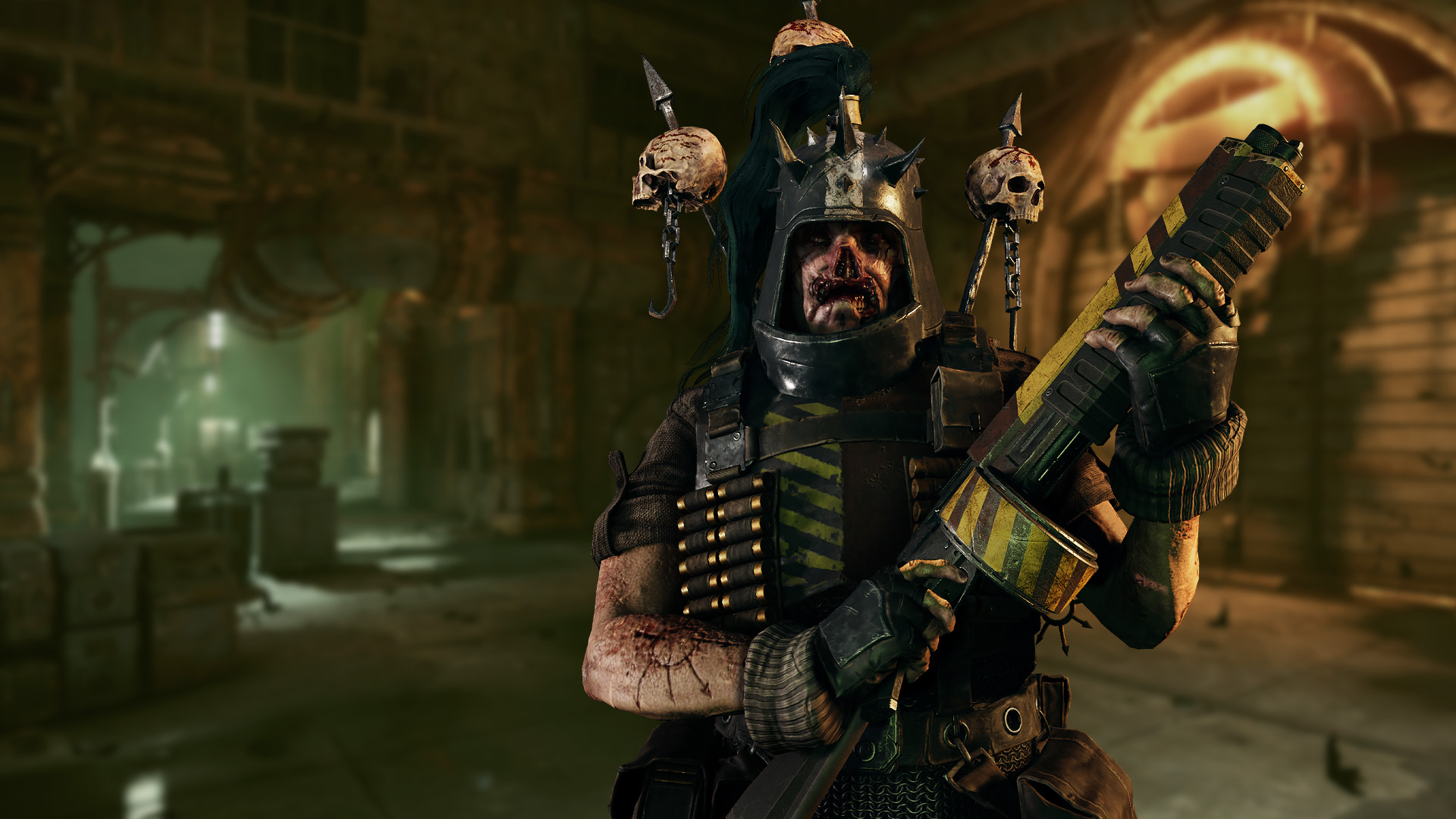 Pre-order Beta - What to expect